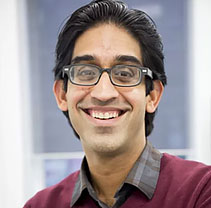 As a dentist and physician, Dr. Shah is aware of how the maxillofacial structures fit into the general health of the patient.

Dr. Shah is broadly trained in the diagnosis and treatment of Oral and Maxillofacial Surgery disorders such as:

Dr. Shah has divided his time between private and academic practice since 2012. Dr. Shah enjoys the different advantages that private and academic practice offer. He is an Assistant Professor in the Department of Otolaryngology/Div. of Oral & Maxillofacial Surgery at The Mount Sinai Hospital. He is also on staff at Elmhurst Hospital Center in Queens. The education of future Oral and Maxillofacial Surgeons is important to him and he regularly lectures at The Mount Sinai Hospital and instructs the residents in various topics.